The Consequences of a Bad Decision

As a writer (yet-to-be published, produced, or paid) discussing the storyline of a TV show, movie or book is one of my favorite things to do. I love to hear writers, directors, producers, and actors talk about their craft, about bringing characters to life and the path those characters take or could take along the way.

Turns out my son has inherited this gene and although for many years has fought the writing thing, I found out recently that he now considers English not only a favorite subject, but one of his better ones, plus, lists writing as a top skill. You can only imagine what joy this brought to me when I heard those words.

My son’s imagination is like no other I have come across. His ideas go far and wide and I have always told him to write them down because one day his mind will be cluttered with so much real world crap he may forget these brilliant sparks of creativity. He has yet to do this with all of his ideas, but he has over the years kept a file on game ideas, which all evolve from a storyline, so he’s got that much going for himself.

Needless to say, him and I can get into some serious discussions about story lines and characters, especially when it comes to “The Walking Dead.” Since he has read the graphic novels the show is based on, he often gets very excited when things play out according to the book or when a new character from the book is introduced. I saw a lot this over the past season, especially the closer we got to the season finale.

Whether you have read the books or not, if you are an avid fan of the show, you are aware of the notorious barbwire wrapped bat wielding villain Negan (Jeffrey Dean Moragn) (evil personified) and the anticipation of his arrival on the show was making book readers in particular salivate.

I myself was dreading it because along with his arrival brings the departure of a beloved character in an extremely brutal way. The key question was whether the writers of the show would stay true to the book or deviate, which is often the case. And, how on earth would they show this horrific scene (barbwire covered bat connects to victims head multiple times) on regular TV? 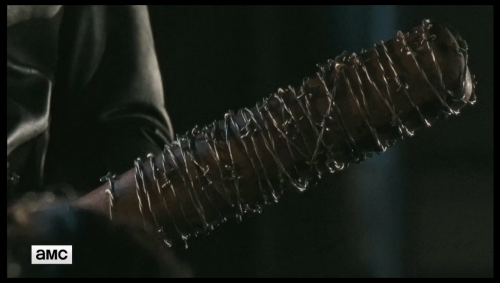 My son and I had many speculative discussions leading up to the season finale, each with our own ideas about where the writers may take the story. My son believing they will stay true to the books, and me feeling stronger that they would switch things up. Turns out they ended the show on a cliffhanger, so we will have to wait till Season Seven to see who became Negan’s first victim, but, we both feel that the cliffhanger did not detract from the brilliant story telling in this finale. (Note, we are in the minority here.) END_OF_DOCUMENT_TOKEN_TO_BE_REPLACED

“Do unto others as you would have them do unto you.” Don’t you wish all of humanity lived by this Golden Rule? I know I do. It would certainly help when raising children. No matter how much you drum this into your child’s head and work hard at setting an example of 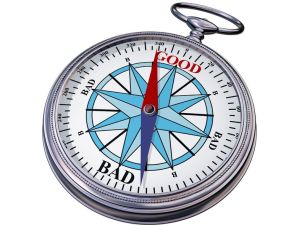 living by this rule, as our children age, they begin to see for themselves how much of humanity does not abide by the Golden Rule.

First, they may experience the bully on the playground, bus or cafeteria. I know my son has endured some not-so-nice schoolmates (this is being polite) over the years and has even encountered, at a very young age, some adults in the school system who were not appreciative of his unique personality and speedy mental processing center. I’m convinced that this was what triggered the beginning of his self-esteem troubles. No matter how much encouragement I gave him, some of the adults at the school tore it down. Thankfully, we left that school and moved into a district that has a genuine compassion for and real understanding of the gifted mind. Not that there haven’t been struggles, each year has brought a new level of challenges, (I can hardly wait to see what high school brings.) but my son now knows his teachers support and believe in him, they aren’t picking on him, they’re encouraging him. (Although sometimes he feels like they are picking when they push him to perform on the level they know he’s capable of. I’m grateful for this because he’s tired of hearing it from me. I’m just a nag. Sorry, meandering again.) END_OF_DOCUMENT_TOKEN_TO_BE_REPLACED