With a new year upon us, I have renewed energy and good intentions to change the things I know aren’t working or need tweaking in my household, thus creating a healthier environment for my Son and I. We all have bad habits. We are human after all and therefore not perfect. The issue though is whether we recognize them and realize they need to be broken.

As I have written about in the past, I can trigger rather quickly when frustration sets in and the bulk of my frustration comes from my Son’s lack of action. As the frustration builds so does my temper. With temper comes yelling, and some choice words, both of which I am not proud of. 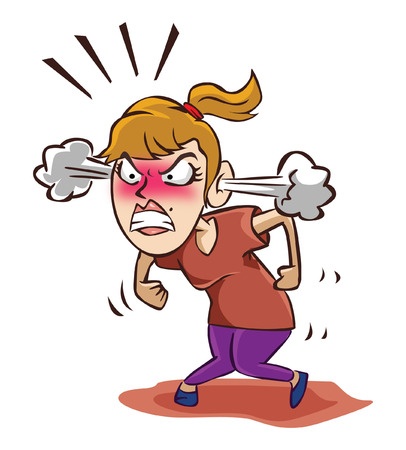 I know I can’t change my Son.

All change has to come from within. One has to want to change; otherwise all efforts will be half-hearted and set you up to fail.

So the key here is for me to find a way to prevent frustration from setting in or find a way to redirect my frustration and defuse the temper before it triggers. I know this is easier said than done, because if it were I would have mastered it already.

My Son does not see or understand my frustration. He believes I am a nag.

The dictionary defines nag as: to find fault incessantly; to be a persistent source of annoyance or distraction; and to irritate by constant scolding or urging. 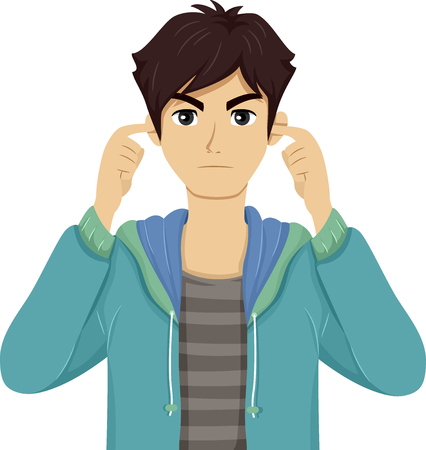 Considering the fact that my Son sees my questions or suggestions as me finding fault or badgering, not as helpful, by definition, in his mind I fit the bill.

Over the years I have stepped back from checking on my Son too much, particularly about schoolwork. I know he has to learn how to manage his time and workload on his own.

But, when his poor planning or work habits interfere with say our dinnertime, frustration sets in. Or things he used to do without any reminding, like practicing his trombone, or taking the garbage out, become a constant reminder, frustration sets in. Especially when he can still find time to game or watch an endless stream of useless videos on YouTube, which on some occasions is what he’s doing when he shows up late for dinner. 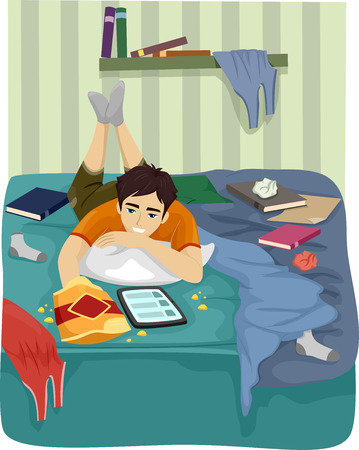 Now I’m not begrudging the need for my Son to take a break, but when the break lasts longer than the time spent doing homework, chores or college preparatory projects, frustration sets in. END_OF_DOCUMENT_TOKEN_TO_BE_REPLACED

Give It Your All

“The average person puts about 25% of his energy and ability into his work. The world takes its hat off to those who put more than 50% of their capacity into their work, and the world stands on it’s head for those few and far between souls who devote 100%.” – Andrew Carnegie

Besides the weekly task of waking my walker and battle to cut back on video game/electronic use, I also struggle with trying to impress upon my son the importance of not just showing up. The importance of giving your all, not just enough to get by.  This is a huge frustration for me because I can see my son’s potential. Potential just wasting away with each passing marking period. The issue has been getting progressively worse since middle school, and with his freshman year in high school it has come to a head. 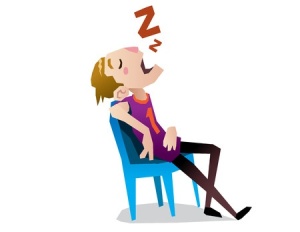 His grades are see-sawing and he’s carrying a “C” in his engineering elective class. A class I figured he’d ace because it’s hands on and he loves building stuff.  At first I thought the “C” was an indication that maybe engineering really isn’t his thing, even with his Lego junky disposition. Since he was a toddler, he has been building sets well above his age level. Engineering just seemed like the perfect fit. How could I be so wrong? It wasn’t until I had the opportunity to speak with his engineering teacher that I found out it was nothing like that. My son does get the material, he just doesn’t give it his all and it’s not that he doesn’t enjoy what he’s doing, he does. The bottom line, he’s become academically lazy. He starts out with gusto, but fizzles out three quarters of the way through. His follow-through has become a follow-stop.

A habit that is getting increasingly worse as he gets older and one I believe has occurred because in his elementary days he was never really challenged and didn’t have to work hard to get good grades. He never really learned how to “Give it his all.” because he didn’t really have to. When he hit middle school, more was expected of him, and at times there was evidence of more effort, but in general, he found a way to just get by, even though his teachers and myself told him this will come back to bite him in high school. He needed to pick up his game and change his habits before he got to high school, otherwise he will fall behind and end up playing catch-up.

Now, all our predictions are coming true. Although he may still be getting A’s and B’s in his academic classes, he’s had more and more poor test grades, especially in math, which used to be one of his top subjects.  Eventually this will trickle into his final grade if he doesn’t wake up soon. He is actually getting help with math after school so he can get caught up. His mid-term exam was horrible. This is a first and a major red flag, not just for me, but for him, because he thought he did fine on the exam.
END_OF_DOCUMENT_TOKEN_TO_BE_REPLACED

“When we are no longer able to change a situation – we are challenged to change ourselves.”
Viktor E. Frankl

I had good intentions of dedicating this month to an attitude of gratitude. My son and I were going to play a daily round of what I dubbed “Bob’s Blessing Assessing,” styled after Bob Stookey (Lawrence Gilliard Jr.) from “The Walking Dead.” Him and Sasha Williams (Sonequa Martin-Green) would play the “good out of the bad” game in an effort to lighten the gloom of the zombie apocalypse they were struggling to survive in. She would state something that in their situation was definitely a negative and he would reply with a way to turn it into a positive. For example; she would say “danger around every corner” his response, “never a dull moment.” or “hot sun beating down on you,” he’d reply, “gorgeous tan” and one of the best, “no privacy,” his reply, “captive audience” followed by him giving Sasha a kiss. Which brought a smile to everyones face. So, this little game did help to lighten the load in not just their lives, but those around them. 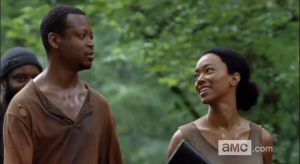 My thoughts were if they could find a blessing in anything while trying to survive in a zombie apocalypse, my son and I could surely be able to find sunshine in anything that brought us gloom in a non-apocalyptic world. The problem was, we found it hard to find the gloom. In reality, even if we complained about something or were upset about something that occurred during the day, we never considered it enough of a negative that we would have to dig deep for the positive. We knew it was something that would pass and not worth giving that much energy. As I look back at our efforts, I’m quite pleased because we learned that despite our grumbling at times, we both know we are truly blessed and nothing can take that away from us. Not even the daily parent/teen struggles. 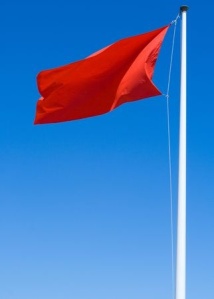 This exercise also made me realize that my son might actually be understanding that some things happen for a reason and that some of the negative things in our lives are there to teach us lessons. That maybe, just maybe, they are a sign that we might need to change how we do things or think about things. My theory was quickly ripped to shreds at the first sign of trouble with school work. As many of you regular readers know, my son can challenge me when it comes to his time management and organization of school work. My June post was all about this, which prompted me to bring in a private tutor to help with his study skills, which needed to be fine-tuned in order to survive his high school years. In general, my son gets good grades, but has the occasional not-so-great ones, which I’m OK with because I know we all have off days. It’s the not-so-great final grades that raise the red flag, especially when things seemed to be moving along at a steadily improving pace. My son was implementing some of the time management/organizational and study skills that the tutor had introduced, plus between the three of us we created a daily check list for my son to use to help ensure he doesn’t overlook any assignments, an issue that has bitten him in the back end more than once already.

As the end of the first marking period of his freshman year in high school approached, all signs were pointing to a positive outcome across the board. His academic grades were all A’s and high B’s as well as in band and engineering. That was until the final project for engineering was handed in and my son found out he had completely misunderstood a major detail to the assignment. The teacher was generous and gave him the opportunity to rework the section that was wrong, but he would only get half credit. My son did this, but, it only pulled the final grade up to a “C” because he already had a really late assignment at the beginning of the year. I did not get upset with my son, because, number one, it was not a core academic class. Number two, a “C” is a passing grade and shouldn’t keep him from making honor roll. And, number three, it was not only the gloom, but the light. Had my son actually pulled out the rubric for the assignment as he was working on it, he would have realized what he thought was OK to do was very much wrong and this would have prevented this not-so-great grade from happening. This major detail opened the door for a lesson to be learned, thus the light. When the teacher lays out the assignment in detail, use that as your guide and you won’t have major issues, don’t rely on your memory. It turns out that this is the very thing that caused problems with my son’s final science project in eighth grade, which was the catalyst to bring in a tutor. 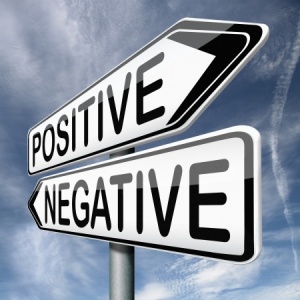 So, here we are again, two steps forward and one step back. Despite my son’s advancements with his study skills and taking ownership of his actions when his decisions are far from the best, the “C” in engineering and 2 other not-so-great grades in a test and homework, threw him into a funk. He became “Mr. Negative,” stating he’ll never change, so why bother. He missed the point that these things will continue to happen until the lesson we need to learn is learned. Instead of these incidents being a catalyst to change, they became an excuse to just give up. END_OF_DOCUMENT_TOKEN_TO_BE_REPLACED